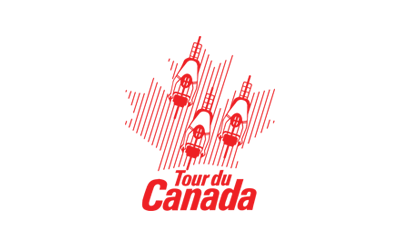 A dream, a vision, a goal
For some, a dose of medicine for the soul
We all had our reasons to ride
Adventure, passion, pure pride
Say goodbye to your husbands and wives
Run away from your structured lives
So pack up you gear, shed the odd tear
And head off to the beautiful west coast

We were once only names on paper
Strange faces from various places
But over time, with a drop of red wine
Sharing stories and meals would prove fine

We embarked a wee bit uneasy
Rick and Paul proved to be very speedy
At camp by 1230, feeling a wee bit dirty
They’d pound back the beer just as easy
Tom and Dave rode at a steady pace
Afterall coast to coast could not be a race

Many characters would soon shine through
What on earth would our Johnny Boy do?
Away from his teddy bear Stan
He’d arrive in St. John’s a new man
Johnny rode through the mountains with glee
Stopping the odd time to pee
Like a star in a rockin roll band
He’d find his first love at the lemonaid stand

Bill Wood is a great man indeed
If you’re in the way you’d better give heed
Quiet by nature with a trip up his sleeve
Tired my boy? You’ve got to believe!
He’ll crank and he’ll climb right through every bend
Grinning and smiling right through to the end

Try as you may, try as you might
Trying to figure out what Alan is saying is a real uphill fight!
He smoked the odd cigarette that he sure did
A reminder deal Alan, you owe me 30 quid!
You’re the whitest man that I ever did meet
Your tan line are top of the class
Go home happy my friend that you stood on top of a hill
Called Jack Ass Pass!

Joanne and Leslie awoke very early
The “ZIP ZIP” drove Steve a little bit squirly
Then again there were many early risers
They’d become known as the damn Zip Monsters
At 530 they’d slowly appear
And wait patiently for the skies to clear
The monsters would ride on and on
Steve would ask, “where’s everyone gone”?

Susan and Arne stuck together like glue
They’d cruise right along through “The Soo”
Arne’s fan club was second to none
Anyone up for a cinnamon bun?
Despite Susan’s love for a cold brew or two
It did not hinder her skills in the Tours TOP cooking crew

Lorne and Janna, well that’s another story
At times things got a little bit gory
They’d stop more times than a city bus
A loving couple?…HA surely not us
Lorne, your hair scared away all the bears
Your poison ivy gave me some freaky nightmares
Life may take you around every bend
But your relationship will grow strong right through to the end

Greg my dear friend, you’re on a complete different level
Your ideas and rocket collection scares away even the devil
A sore ankle and crutches could not hold him back
Everyday he’d lead the attack

Claude and Peter were always on the go
Too often wearing their questionable speedos
Peter had one too many in Hope and Tobermory
The stuff he puked was a little bit gory
“Paybacks a bitch” Greg quickly said
“Shut your yap Greg, all I need is ME bed”

Lilly came across as quiet and pure
Thunder Bay and Wawa she went full out that’s for sure
All summer long she hoped for a beautiful tan
Trying to impress her new love, The Birdman !

Bob Fell hits the road early, and sure loves to ride
But when he falls from his bike
It sure hurts his damn pride
Although it may appear that that Bob’s all business
He sure knows how to kick back
With a few pints of Guinness

Last but not least, an individual that’s key
Call him what you want, he’s a real DONKEY
Jack of all trades, master of none
I’ll stop giving you the finger
When you bring me a coffee and a cinnamon bun

We lost a fellow rider in Colin Krivy
Who left his friends and loved ones
Much too early
Although many days felt very much dim
That smile and presence, we won’t forget him

We’ve come and we’ve seen from coast to coast
I think it’s right that we share our last toast
Congratulations fellow riders, stand proud and stand tall
The past few months has sure been a ball
Some may joke that riding a bike is a sinch
But we all know how demanding it was…….
Riding Every F****** Inch !