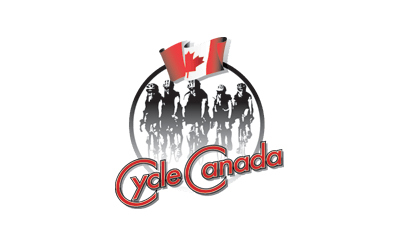 News releases for Covid-19 and Cycle Canada Tours are ordered with earlier dates first. You can jump to most recent articles by clicking the link below.

Jump to Most Recent News

A special message to our customers and members.

We are proceeding with plans for all the trips in our 2020 schedule. Our Century Ride weekend is 10 weeks down the road. It is more than three months until the start of Tour du Canada in Vancouver and that is a long time in the lifecycle of Covid-19. Looking at the current situation we see a broad range of effects. Italy and Norway have closed their borders. China seems to be past the peak and is dismantling the temporary hospital built for peak crisis in Wuhan. Some countries, notably Italy and Iran, seem to be overwhelmed by the virus. Others, and we think Canada is in that group, have health professionals who seem prepared for the challenges that this epidemic represents.

The outlook is certainly troubling now but may look much different in three or four weeks. In Wuhan, China, it was 15 weeks from the first case to the point where the spread of infections was past the peak — from the first case on November 17 to a remarkable decline in new cases in early March. In Canada, the first case was diagnosed on January 25. That was a traveller from Wuhan. The first “community case” — spread within Canada — was diagnosed on March 5. In recent days governments at all levels in Canada have moved rapidly to introduce measures designed to slow the spread of infections. Other countries are taking similar actions, although some may have a more difficult time ahead. We will make ongoing reassessments of our judgment as we go into spring and a new cycling season for us. If you want to discuss the situation, call (705-434-1100) or send us an e-mail (sweep@cyclecanada.com).

China continues to be a central situation in the unfolding pandemic. For most of the last four months it has accounted for more than half of Covid-19 cases. Now it is well below half — 9,897 active cases in China and 88,637 active cases in the rest of the world. The recovery rate in China is a similarly striking comparison — 83.8% in China and 10.9% in the rest of the world. That doesn’t mean people aren’t recovering. It means that the number of new cases outside China has been rising rapidly while treatment takes time.

For non-Canadians on the Network, the totals in Canada now are 341 cases and only one death.

Most people probably know by now that Donald Trump has stopped Europeans from travel to the U.S. and Boris Johnson says he sees no reason to do the same in the U.K. Justin Trudeau, the Canadian Prime Minister, has banned travel to Canada from outside the country, except that Canadian and U.S. residents are exempt. The U.S. move had put Canada in an uncomfortable position by creating a situation where Europeans could travel to the U.S. through Canada. That situation is now clarified. We continue to plan for our season as scheduled. Start dates in June for Tour du Canada and Tour Arctic are still well down the road and we expect the virus situation will look much different by then — for the better, we hope.

Unfortunately, for circumstances beyond our control, we have had to cancel our Century Ride Weekend which was to take place on May 23 and May 24, 2020. Rules against large crowds assembling meant that the location and meals for our overnight stay for that trip was cancelled by the provider.

Since we don’t have mass groups on our other trips we continue to plan for those as scheduled.

Canada seems to be at a fork in the road. One path leads to the promising examples of South Korea and Singapore. The other to Greater New York and the northern part of Italy centred on Milan. The Canadian situation is all the more relevant because we have a federal system that has had a checkered history of regional co-operation. All indications now are that the provinces are working well together on Covid-19 and the results are promising.

Canada’s population is roughly double the population of Greater New York, a metropolitan area that includes parts of neighbouring states. At today’s count, Canada had almost 10,000 Covid-19 cases. Greater New York had about 100,000.

The global recovery rate had been declining since February but in recent days it has been stable.

Meanwhile, we still are planning for our 2020 schedule of events. Just so you know, we have been quiet lately because of technical issues with our internet feed. That has been resolved and we are again getting on top of e-mail communications.

We’re still planning for the 2020 cycling season, starting with Tour du Canada and Tour Arctic in late June. While on lockdown with the majority of Canadians we’re closely watching the Covid-19 situation. The number of cases, 1.9 million worldwide, is a big number but not very useful by itself. Key numbers we follow are ratios. It’s the trend of those ratios that give us a perspective on the path of the virus.

● Growth Rate: Total new cases in a 24-hour period divided by total cases. This is the momentum behind the virus. Worldwide numbers are heavily influenced by countries with runaway situations, including the U.S., Italy and Spain. In Canada the growth rate peaked at 42.1% on March 22 and now is down to 4.6%. Essentially, we are seeing the results of the lockdowns.

● Recovery Rate: Number of new recoveries in a 24-hour period divided by total cases. This is the success in curing those infected. Canada had slow start to treatment programs but the recovery rate now is much improved at 29.5% in the latest 24-hour period. This ratio will always have a lag because it takes 14 days or more from start of symptoms to being cured.

● Mortality Rate: Deaths in a 24-hour period divided by total cases. Worldwide this ratio has been rising steadily and was 6.2% in the latest 24-hour period. In Canada the trend has been the same but lower by half — from just about 1.0% in early March to 3.1% now.

Since late March we have seen steadily improving numbers in Canada for both the recovery rate and the growth rate. Better results for those two ratios should make working conditions easier for doctors and nurses. By all accounts our health care system has had nothing like the stress seen in Milan and New York.

Throughout North America recovery plans almost certainly will be a patchwork. British Columbia, Alberta, Ontario and Quebec all have Covid hot spots on their southern borders, in Washington state and in the states along the south side of the Great Lakes. It is reasonable to expect those jurisdictions to be slower in easing the lockdowns and declaring all clear for the resumption of economic activity. If American governments are aiming for early May to start economic recovery, governments in Canada will be under a lot of pressure to follow suit. Currently, public comment from Canadian government leaders are more cautious and that probably reflects different political climates.

We have rescheduled a number of events to 2021. For a listing of events we will offer in 2020 and 2021 please visit: Cycle Canada and Tour du Canada Events.

We are in communication with registered participants where we have rescheduled events. Please contact us if you have any questions.